As proud purveyors of exquisite West London property, the Astons team were delighted to view the iconic Whiteleys shopping centre in Bayswater from the comfort of our living rooms in the popular ITV drama, Mr Selfridge starring Jeremy Piven. In its latest appearance, Whiteleys is the star of the show featuring in an extensive take over storyline by Selfridges.  Inspired by its appearance on ITV, Astons takes a look back at the real history of London’s principal department store, and how it, like so many other London landmarks, is changing with the times. 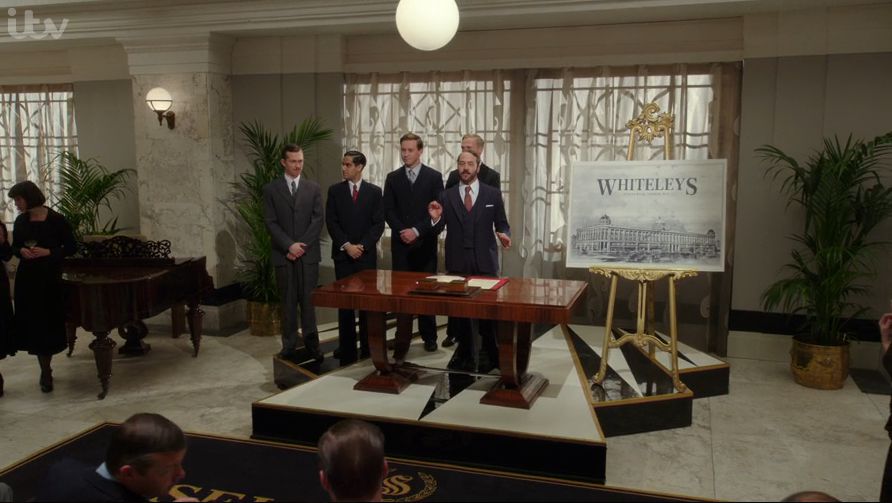 TV viewers may now associate the shopping centre with Mr Selfridge and his team, but the now Grade II listed building Whiteleys, and the transformation of Bayswater, was a vision of one man: Mr William Whiteley. Known as a visionary entrepreneur, Whiteley visited the Great Exhibition at Crystal Palace in 1851 and according to the National Archives, became inspired to establish a prodigious huge London emporium. Whiteleys grew from humble beginnings from a single drapery store in 1863 to a 17-store hub by 1867 and by 1890, the conglomerate employed 6,000 staff. 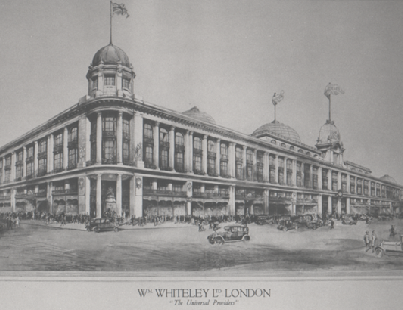 Spilling over from Westbourne Grove into Queensway, this “Universal Provider” sent waves across the Atlantic impressing the elite and featuring in the New York Times where they admired it and praised it, calling the building "an immense symposium of the arts and industries of the nation and of the world.”

However, between 1882 and 1887 the buildings and businesses inside were devastated by four blazing fires, one of which has been cited as the largest in London’s history. Then tragedy hit when Mr Whiteley was allegedly murdered by in 1907 by a young man claiming to be his illegitimate son. His other two sons tried fearlessly to keep their father’s dream a reality and took the reins to continue his legacy. In 1912 the Lord Mayor of London opened the majestic Edwardian building designed by John Belcher and John James Joass featuring the stunning colonnaded entrance and boasted a theatre and rooftop golf course, and its lavish architecture and myriad of public spaces were integrated into many early 20th century novels and plays, including George Bernard Shaw’s 1913 Pygmalion.

The business changed hands several times including  the takeover by Selfridges in 1927 until the 1960s where United Drapery’s Store purchased it and sadly met it demise where in 1981 it closed its doors and remained desolate until the Whiteleys Partnership purchased it in 1986 and.  after several years of neglect and extensive reconstruction, Whiteleys was bought by a Brunei family trust for £100 million in 2013 amid much speculation about its future. 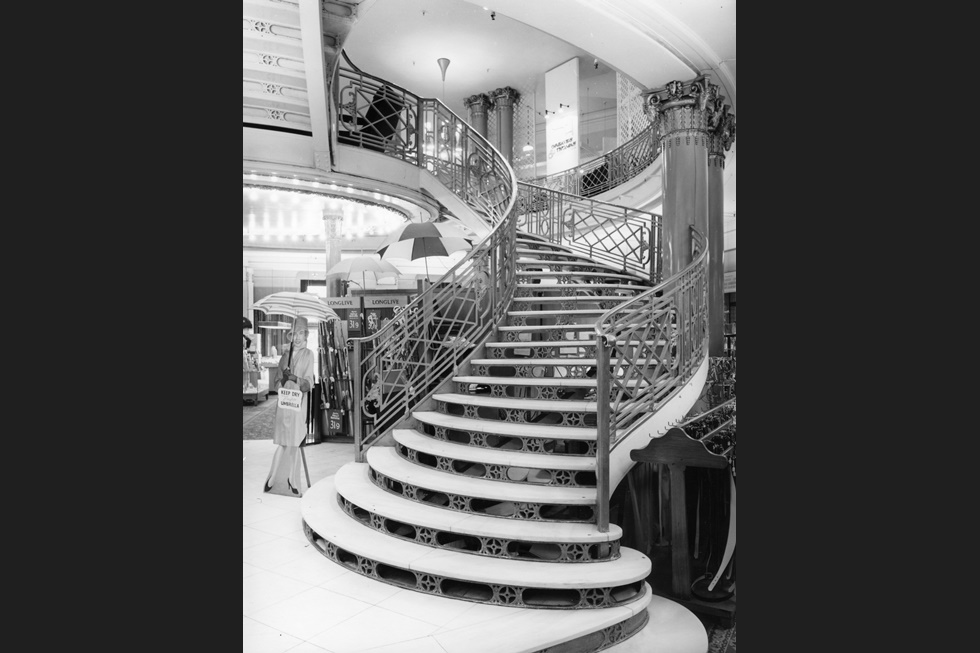 Shoppers now visit Whiteleys for its variety of shopping outlets, including Earnest Jones, Kurt Geiger, Gap, H&M, Hallmark Cards, Zara, Marks & Spencer, Sports Direct and The Body Shop, alongside its popular cafes, restaurants and food stores such as Marks & Spencer Simply Food, Costa Coffee, Pizza Express and Starbucks. Also, boasting a unique luxury cinema The Lounge and an indoor shopping centre based bowling park All Star Lanes, there are hours of fun and entertainment to be had within this imposing shopping centre.

The landmark is due to undergo its next chapter to coincide with widespread development of Queensway and other historic sites across London. Two developers have undertaken the reinvigoration of the Queensway and Whiteleys to return the area to its glory days. Meyer Bergman and Warrior Group have submitted a joint application to deliver a £1 billion redevelopment of the department store, designed by award-winning British architects, Foster and Partners. 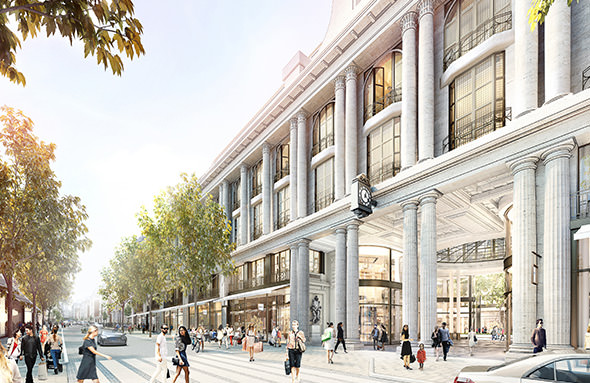 The mixed-use scheme will combine some of Whiteleys’ impressive features, like its inspiring Grade II listed façade and iconic central dome, with a contemporary design to elevate the building and its position as a 21st century London landmark.

An open and inviting pedestrian-friendly Queensway has been proposed, alongside residential accommodation supply – flats and town houses, and local amenities, including a hotel, cinema and restaurants. According to Foster and Partners, a courtyard will create an inviting space in its centre, with its ground and first floors occupied by a “rich diversity of quirky, idiosyncratic retailers”.

Whiteleys has been at the centre of bustling Bayswater ever since London was transformed into the world’s largest city and the beating heart of the British Empire during the 19th century. Astons are very excited and about the new proposed improvement in their area and will be keeping a keen eye on its development over the coming years with great interest.

Astons is very fortunate that as a provider of Central London properties we are conveniently located close by, along Spring Street W2, with easy access to Whiteleys and Queensway via Bayswater Road and Bishops Bridge Road - not to mention a short journey on the tube from Lancaster Gate. With more than 70 years accumulated experience between us, our team have the expertise and knowledge in selling and letting within this exciting and highly sought after part of London.